First Juice Wrld had a seizure while walking through Chicago’s Midway airport. Law enforcement sources say he was bleeding from the mouth when paramedics got on scene. The 21 year old was pronounced dead a short time later at the hospital.

Then Caroll Spinney, the guy inside the Big Bird costume, died. He had something called Dystonia. It causes the muscles to contract uncontrollably. The man spent nearly fifty years inside that muppet. Holding up the five pound head with one hand.

I am not ready for the inevitable Sesame Street tribute. An eight foot bird eulogizing the man who gave him life is going to tug all the strings and make me cry like a little bitch.

But I got this meme to get me through:

And now René Auberjonois is dead. Damn! Will Smith can forget about rebooting the Fresh Prince – Carlton is gone.

I’m a goddamned idiot. I’ve not spent much time sounding out the random set of letters that spell René Auberjonois. Nor have I given much thought to the group that spells Alfonso Ribeiro.

I must have dyslexia because until today I thought these letters spelt the same thing.

Turns out the somewhat Continental sounding René Auberjonois was an older white guy. And, I’m assuming, never did the Carlton (the dance, or, for that matter, the actor who played him).

I learnt that ELO is actually a band of cloned Bob Rosses.

Welcome to my mind at 5 am.

I haven’t been sleeping well lately. Must be my current obsession of death and dying and just what the fuck was the point of all this. But more on that another time.

Wake up in the recliner. Go pee. Stumble to bed. Check email.

4:20 am Amazon prime informs me that I can shop the 12 Days of Deals. Looks promising. I need to spend money like a fat kid needs a candy bar. Let’s click it open.

What’s this, Amazon? Starz for only 99￠a month? Click.

Stoker Ace (Bert Reynolds and Loni Anderson?), The Brady Bunch films, Joe Pesci, 90s films, Eternal Sunshine of the Spotless Mind. Don’t think I’ve ever seen it. Maybe I have. It must be ancient.Jim Carey’s gone mad, right? Or he’s just real woke. He was creepy as the burnt fire marshal. I liked the Truman Show. Always intended to watch Man on the Moon but I can’t get past Andy Kaufman. Probably difficult to overlook Andy Kaufman in a biography of Andy Kaufman.

I did like Being John Malkovich. And that REM song they used for the title. But I like Nightswimming more. I also like early 90s Michael Stipe more than 2019 cashing in on anniversary edition album releases Michael Stipe. Fuck. He said in a recent interview that ‘everyone’ knew he was queer. Never tried to hide it. Then what the fuck was that shit with Natalie Merchant?

Anyway, 2004 is the year Eternal Sunshine was released. Newer than I had guessed. Have I seen it? Watch Trailer.

Nope. Looks like some trippy shit. Not sure I want to invest an hour and 48 minutes.

But that music. I’ve heard it before. What is it?

Wikipedia, I need your help! 1977. Jeff Lynne. I recognize the name, understand that he’s important someway in pop music. Put in check later. Wait. Jeff Lynne re recorded all his ELO shit in a home studio.

Lots of artists are doing this. It must be a way of screwing the original record companies or something.

All the comments say this is the happiest song. They’re there because of Reddit. And some Marvel Comics film. No one mentions Eternal Sunshine.

Back to YouTube. Search. Weezer. Click. Well hello, Weezer and Mr Blue Sky. I think I like it better. Sounds crisper. Cleaner. But almost exactly the same. A cover version should be a true copy of the original like this. Or it should vaguely resemble its origin while showcasing the cover artist’s talents.

Hold on. Who the fuck is Weezer? I remember something about a sweater and a Happy Days video?

Weezer is on tour through 2020. Good for them. They’re touring with Green Day. I’m afraid Billy Joe Armstrong will age like Robert Smith from The Cure. He looks like someone’s grandma. Or Nancy from Accounting. You know her. The one that organizes employee pitch-ins and ‘spirit’ days at work.

But if he feels good presenting this way, good on him. I think we’re required to state this disclaimer so we don’t seem to be looks-shaming. But I want to get snowflake and demand that all images of sixty year old British men with disheveled hair, eyeliner, cakey foundation, and smeared lipstick be preceded with a trigger warning.

I’m not fat shaming – but seriously. When I saw the video I had to take off my glasses and squint to confirm. Please baby jeezus, don’t let it… Oh for fuck’s sake. It IS Cindy. How did I miss news of her pregnancy? Don’t turn sideways! Don’t turn… OMFG.

All three of you! There’s enough belly fat between the three of them that we could build a replacement Ricky. Or replace that handsome Keith Strickland. The only one smart enough not to join this circus.

I dare you to bake these and not eat them.

Extra dough can be formed into scoops and frozen on a sheet until solid, then transferred to a freezer bag. To bake from frozen add 1 minute at most to baking time. Or form dough into a 2-inch log and freeze. Slice and bake as desired. Trader Joe’s bittersweet or dark Pound Plus cut into roughly 1/2-inch chunks with a serrated knife or Hershey’s dark chocolate

I can’t believe I’ve been away from İstanbul for three years now.

I also can’t believe I lived there for nearly ten years.

I miss the place. Istanbul was always oppressive, but always alluring. 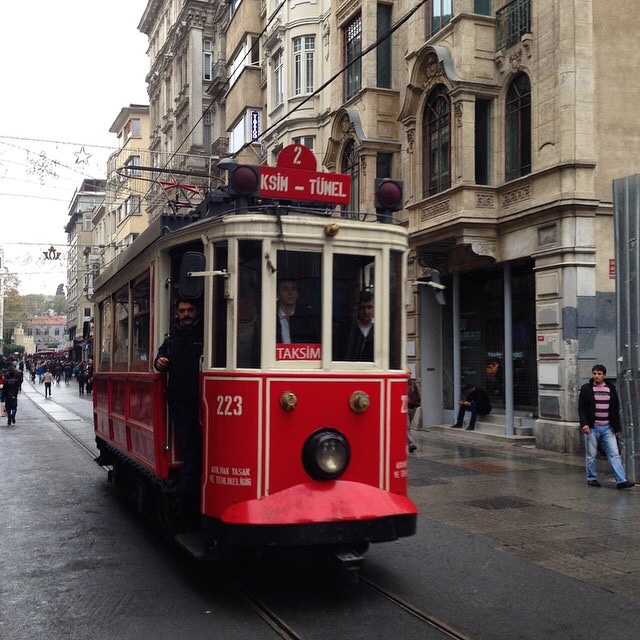 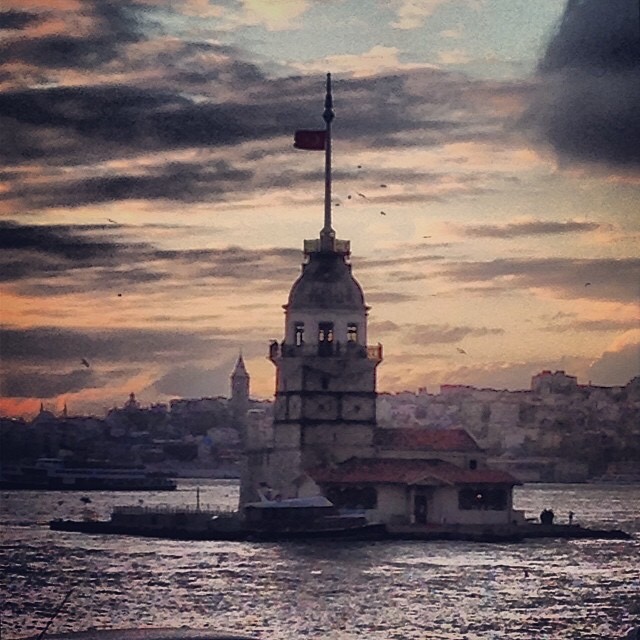